The word ‘Ceylon’ is normally associated with quality black tea made by the orthodox or traditional method. Green Ceylon tea is less well known. All the same, Sri Lanka exported slightly more than 3,000 tonnes of the latter in 2010. While this was only about a hundredth of the quantity of black tea exported the same year, the reputation for quality enjoyed by Ceylon Tea has quickly come to be shared by the green product as well as the black. The Ceylon green tea industry, though young, is growing rapidly as its products attract a following among the tea-drinking nations of the world. Currently, the main export markets for green Ceylon Tea are the Middle East and the countries of the former Soviet Union, though sales are also growing in Europe, North America and East Asia. In Sri Lanka, too, a taste for green tea is rapidly spreading. 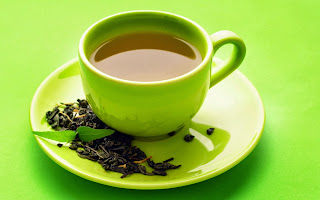 gh it is a relatively new arrival among the export statistics, the history of green tea in Sri Lanka stretches back to the very first experiments in tea cultivation and manufacture made on the island. Though sometimes attributed to Sir Anthony Oliphant, a former Chief Justice of Ceylon, the credit for undertaking these experiments is generally agreed to go to Maurice Worms, a member of the great Rothschild financial dynasty, who planted some China seedlings on his estates in Pussallewa and Ramboda in 1842. This was in the middle of the Ceylon coffee boom, so it is clear that Worms was merely trying out a new hobby.

His tea, cultivated and manufactured according to the Chinese method using tea-makers who had been brought over to Ceylon from that country expressly for the purpose, cost over £5 sterling per pound to produce. This being far more than even a Rothschild might be willing to pay for a pound of tea, the experiment was soon abandoned. However, many of the bushes on older Sri Lankan estates, particularly those at high elevations, were grown from China seedlings. As a general rule, Chinese ‘cultivars’ or strains yield a smaller leaf and a subtler flavour than the Assamese ones more common on tea estates in Sri Lanka. 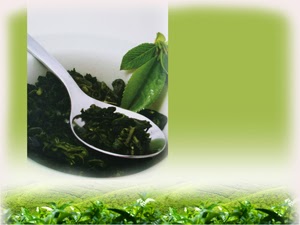 Today, green Ceylon Tea is produced by eleven manufacturers on a number of estates in the mid-grown and high-grown districts. Among the varieties produced on these estates are Young Hyson (including Chun Mee), Sou Mei or ‘longevity tea’, rolled ‘gunpowder’ tea, green tea fannings and Sencha fannings. As can be seen from this list, both Chinese and Japanese tea-making methods are employed in making green Ceylon Tea.

As the pleasures of drinking tea and the healthful properties of the beverage (which offers no less than 25 established health benefits) are discovered by more and more people around the world, green Ceylon Tea looks set to continue growing in success and popularity.