Tea has a rich and fascinating history. For hundreds of years people consumed tea for its medicinal qualities. More and more tea plats were discovered and tea drinking became more popular. All this paved the way to tea becoming one of the most sort after beverages around the globe.

Sri Lanka was introduced to tea much later. Until the 1860’s the main crop produced in Sri Lanka was Coffee but in 1869 a fungus destroyed the crop so the estate owners had to diversify into other crops. Firstly a tea plant was brought to Sri Lanka from China and was planted in the Botanical Gardens in Peradeniya, this was planted for non-commercial purposes. In 1867 James Taylor planted 19 acres of tea in the Loolecondera estate in Kandy, and there in on tea became a commercially used crop in Sri Lanka. In 1872, James Taylor started a fully equipped tea factory in the same estate and in the same year he made the first sale of tea in Kandy. In 1873 the first international sale of tea was made, a shipment consisting of 23lb’s of tea was sent to an auction in London. 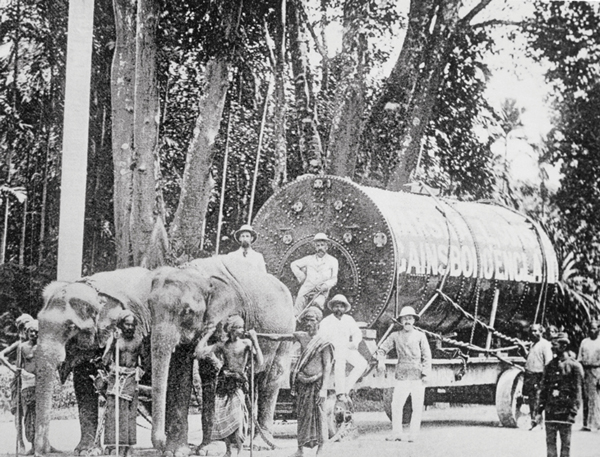 The production of tea rose rapidly in 1880’s and by 1899 the area cultivated had exceedingly grown to nearly 400,000 acres of tea. By that time British figures such as Henry Randolph Trafford arrived in Sri Lanka and purchased coffee estates, his knowledge about coffee was limited but his knowledge about to tea was vast and he is now considered on of the pioneers in tea plantation in Sri Lanka.

The rapid growth and popularity of tea, lead to it being sold at several auctions. The first public auction of tea was held at Somerville & Co in July 1883. and then went on to being sold at auctions held worldwide, a total sum of one million tea packets were sold in the Chicago World Fair in 1893. The Ceylon Tea Traders association was formed in 1894 and today all tea produced in Sri Lanka is conducted by this association along with the Ceylon Chamber of Commerce. Later in 1896 the Colombo Broker’s Association was formed and in 1915 the first Ceylonese was appointed as the Chairman of the Planter’s Association, his name was Thomas Amarasuriya. By 1927 the production if tea in the country exceeded 100,00o metric tonnes which was almost entirely for export purposes.

By the 1960’s the total production of tea and exports exceeded to 200,000 metric tones and 200,000 hectares, and for the first time in 1965, Sri Lanka became the world’s largest tea exporter. In 1963 the production and export of instant Tea was introduced and the first International Tea Convention was held in 1966 to commemorate 100 years of tea industry in Sri Lanka. In 1976 the Sri Lankan Tea Board was founded along with others such as the Janatha Estate Development Board, Sri Lanka Estate Plantation Cooperation and the Tea Small Holding Development Authority, these bodies played a major part when it came to supervising the estates acquired by the state. And this same year tea bags were introduced to export. 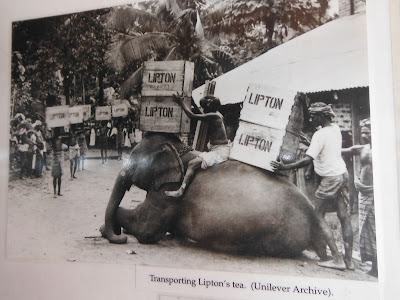 In 1980 the official supplier of tea for the 1980 Moscow Summer Olympic Games was Sri Lanka, and again in 1982 for the 12th Commonwealth Games held Brisbane and alter on in 1987 at the Expo 88 in Australia.

Subsequently in the years to come the production and the export of tea rapidly increased and was introduced to variations, such as the production of Green Tea and also other flavored tea. In 2001 tea made it’s first online sale at the Colombo Tea auctions.

Ceylon Tea is famous worldwide, the weather conditions in the country provides vastly to the success of its growth and is made famous by the taste and quality that is only unique to Ceylon Tea. Sri Lanka caters Ceylon Tea to a number of global markets and has become the most favorite beverage among its consumers worldwide.