Cinnamon is one of those herbs which have been used in the traditional treatments and medicines for a wide range of ailments since ancient times. Among many other remedies and combination, cinnamon and honey is one of the most useful, effective and easy to use home remedies for several conditions.

You need to pay attention to a very important fact that all cinnamon is no good. Most people do not know it. There is a lot of discussion on the internet on topics like benefits, uses, remedies etc of cinnamon. There is either no or little information about the fact that all cinnamon is not good. There is fake and real, good and bad, toxic and non-toxic! In this article, I have explained all about this and how to choose the right one.

This is called cassia, Chinese or Saigon cinnamon. Some people also call it fake cinnamon. It is produced in countries such as Vietnam, China and Indonesia. It is very hot and by chewing a piece you can feel the pungent taste sizzle and flame in your mouth. It shares some of the characteristics with real cinnamon like being anti-microbial, anti-fungal, blood regulation etc. The real problem, however, with the fake cinnamon is that it has a high content of coumarin; in fact, nearly 1200 times higher than found in the real herb. Taking large amount of coumarin is highly toxic and a prolong use may pose several serious health damages. 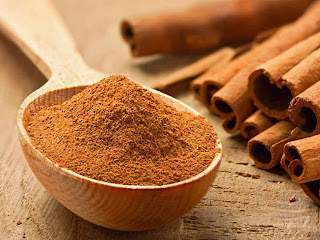 According to the Federal Institute for Risk Assessment (BfR) in Germany, coumarin can damage liver and kidneys if taken for longer periods. In case of sensitive individuals, only a small amount can cause damage.

BfR further advises that cassia cinnamon contains high levels of coumarin and should not, therefore, be eaten.

Cassia Cinnamon is a lot cheaper than the real or Ceylon variety. Most cinnamon sold in the supermarket is the Chinese or Cassia variety.

This is also called real, sweet or good cinnamon. It is produced in Sri Lanka from the plant called Cinnamomum Zeylanicum. It is light brown in color and thin and soft in appearance. The sticks are filled like a cigar with several folded layers. The amount of coumarin content is only 0.0004% against 5 % found in Cinnamomum Cassia.

How to Distinguish Between the Two?

In case of ground cinnamon, it is very difficult to distinguish between the two unless you are an expert, especially at sniffing spices. Howler, there is no guarantee that the result will be one hundred percent accurate. However, in case of sticks, it is easier to differentiate between the two. The following table and pictures highlight some of the differences which shall help you to choose the correct type.

Most bottled or packaged ground cinnamon does not mention its type or origin. It is, therefore, difficult to ascertain its type and origin or the country or plant. The best course is to identify the sticks and make sure that you are buying the Ceylon variety. Once you get hold of the real “thing” , use your blender to crush it into powder.