Sri Lanka is one of the largest exporters of tea in the world. the country produces a wide range of varieties, including grades of the traditional  lack tea, flavored teas, organic teas and green tea. the first tea plants, brought from china, were grown in Peradeniya Botanical gardens in  1824, but it was not until 1867 that the first commercial tea plantation was established near Kandy. Before the cultivation of tea began on the island, coffee was the principal plantation crop. However, when the  coffee trees were decimated by disease in the 1870s, tea became a profitable alternative. today, the tea industry is  of great importance to Sri Lanka’s economy. the country’s tea estates attract visitors from around the world and offer tours of tea factories, stays in plantation bungalows and picturesque views of rows of tea bushes.

About 4 per cent of Sri Lanka’s land area is covered with tea plantations. These are mainly found in the Hill Country, which offers the ideal terrain and  climate for the plants to flourish. Tea bushes are carefully manicured and kept at waist height for ease of plucking. Tea cuttings are kept in a  nursery for about a year before being planted in the fields.

The British and Tea 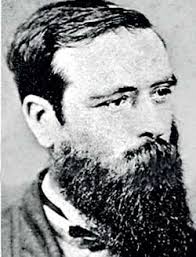 In 1852, a Scottish planter named James Taylor arrived  in Sri Lanka to work for a coffee grower. He was put in charge of the Loolecondera estate near Kandy. In 1867, Taylor grew the first tea plants for commercial use in a section of the estate. The plantation’s success eventually led to the expansion of the global tea industry in the late 19th century, with several large British companies buying the smaller estates.

Most of the tea pluckers in Sri Lanka are women and the majority are descendants of the Tamil laborers who were brought from south India to work in the  plantations by the British in the 1870s. The tea workers are required to pick at least 20 kg (44 lb) of  leaves every day. Their wages are low and the living conditions are poor – they often live in barrack style buildings comprising only one or two rooms. 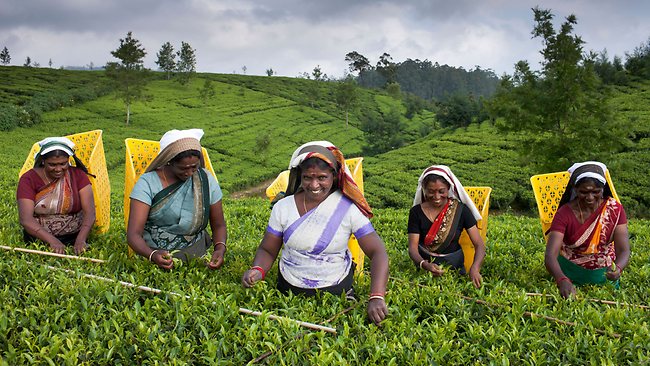 From Bush to Cup in 24 Hours

Tea production in Sri Lanka is a labor intensive industry. Tea leaves are still plucked by hand, and it is the youngest two leaves as well as the bud that are 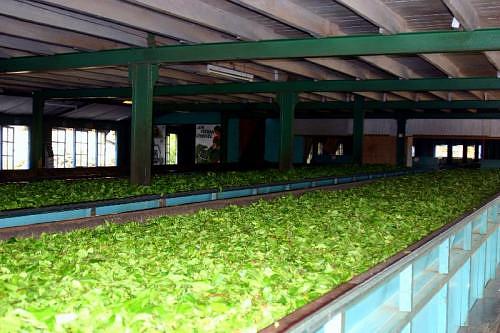 taken every six to 10 days. After the leaves have been collected, they are delivered to the factory where they are processed using either the traditional or the CTC (crush, tear and curl) method. The end product is then ready to be sent for auction to make its way onto shop shelves. Tea factories offer tours to explain the tea-making process and many of them continue to use machines that have changed little since the 19th century.

The plucked leaves are dried in huge trays or “withering troughs” while hot air is blown over them to reduce moisture content. They are subsequently crushed, which causes enzymes to be released and the fermentation process to begin. Leaves are left to ferment for a  short period, after which they are fired in an oven. They are then left to cool before being sorted and graded. 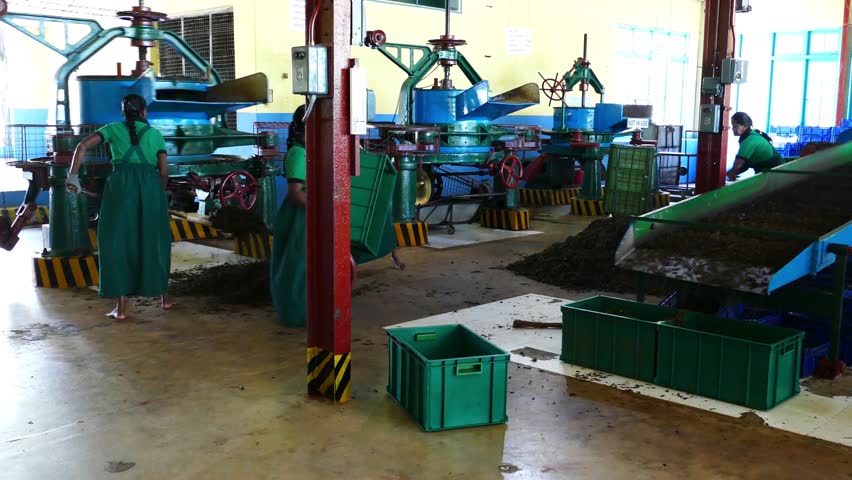 This method is much faster than the traditional method. Fresh leaves are passed through a series of cylindrical rollers that crush, tear and curl the tea. The   roundup leaves are then rolled into little pellets and oxidized. Tea manufactured by this process is mostly used in tea bags. 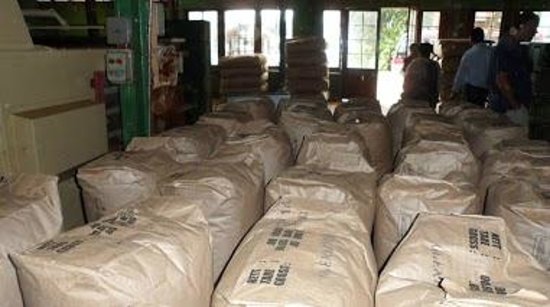 The majority of tea produced from both traditional and CTC methods is packed into sacks and sent for sale in Colombo, where a variety of grades are auctioned for export and blending purposes.

Sri Lankan tea is divided into various grades. While high-grown thrives above 1,200 m (3,937 ft) and is said to have the best color, aroma and flavor, low-grown is  found below 600 m (1,968 ft) and is less flavorful. Medium-grown is cultivated between these two altitudes. Teas are also graded by size and by quality. The finest among leaf teas is Orange Pekoe (OP), which is made with unbroken leaves, and the slightly lesser Broken Orange Pekoe (BOP). Fanning as well as dust are graded much lower and end up in tea bags.