The taste and richness of Ceylon Tea is resplendently known around the world. The care and dedication that goes into producing Ceylon Tea is what makes it extra special. Sri Lanka is home to over 188,000 hectares of land under tea cultivation which yields about 298,000 tonnes of produced tea and it accounts for more than 19% of world exports. Ceylon Tea that is being exported around the world comes in several types, the most commonly and famously enjoyed is of course Ceylon Black tea, secondly Green tea and lastly White Tea or ‘ Silver Tips’. These teas are produced in different ways to achieve it’s quality and taste. 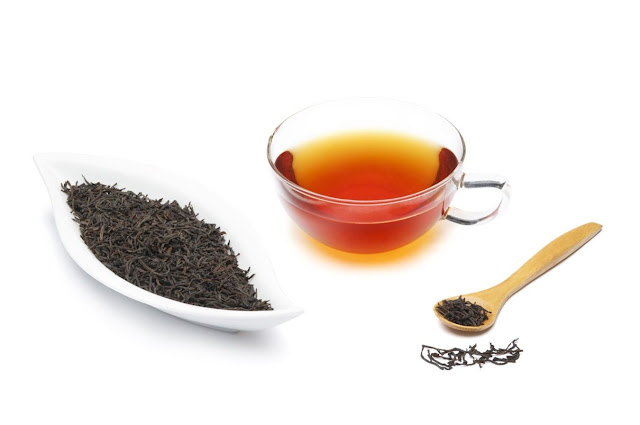 For over a century Ceylon Black tea has been one of the most famous and well loved teas around the world. The process of manufacturing Black tea includes withering of the plucked leaves to reduce its moisture content by approximately 50%. Thereafter the leaves are rolled by mechanical tea rollers to separate and break them into parts. This process of breaking up the leaves leads to a chemical reaction that is catalyzed by the enzymes in the leaf. Ceylon Black tea is the most oxidized variety and contains more caffeine than the rest of the varieties. Black tea is best grown in a climate that is hot and moist where the temperature does not exceed 95 degrees Fahrenheit and does not fall below 55 degrees Fahrenheit. As a result of being close to the equator the climatic conditions of Sri Lanka is ideal to grow and produce Black tea. Tea is grown in numerous estates around the country which vary in altitude thus giving it distinctive qualities. High grown tea has a honey golden liquor that is light and considered to be one of the best tasting teas around the world due to its well-defined flavor, aroma and strength. Low grown tea has a burgundy brown liquor and a flavor which is rather strong. Mid grown teas have a strong, rich and full-bodied flavor.

The reputed quality of Ceylon Tea has rapidly grown to include green tea to its mix. Like black tea, tea lovers around the world are in the process of discovering the joys of green tea. The Ceylon Green Tea industry, though very young, is growing rapidly as the product has garnered a popularity among tea drinkers around the world. The main export markets of Ceylon Green Tea are the Middle East and the Soviet Union, sales are also rapidly improving in Europe, North America and East Asia. Green Tea is rich in antioxidants as it is processed differently, which helps it to retain its nutrients that are ultimately beneficial to your heath. Ceylon Green tea has a fuller body with a rather pungent and malty, nutty flavor to it. Today Ceylon Green Tea is manufactured in a number of estates in mid-grown and high-grown districts. Among the varieties of green tea produced in this estates are the Longevity Tea, Rolled ‘Gunpowder’ Tea, Green Tea Fannings and Sencha Fannings. Ceylon Green teas have characteristics that differentiate them from the rest of the green teas produced around the world, they tend to be darker in both dry and infused leaf and contains a rather rich flavor.

Ceylon white is also produced from the same plant as the black and green tea, though the plant has slight differences to it. The leaves and buds are left to wither in natural sunlight and there after they are lightly processed to avoid oxidization, this results in white tea being the least processed tea of all and is abundant with health benefits. Ceylon white is is famously known as ‘Silver Tips’, this is due to the color it transforms into after the manufacturing process, it is also one of the most priced teas in Sri Lanka. The tea was first grown in Nuwera-Eliya. Ceylon White tea is famous among tea lovers for its mild and sweet flavor, it has a delicate, very light liquoring with notes of pine and honey and a golden coppery infusion.

Ceylon Tea is rich and exquisitely flavorsome, and comes in wide varieties to benefit the taste buds of each and every tea lover around the world.