Cinnamon is a very popular spice. Not only is it delicious, its many health benefits are also impressive. Cinnamon is cheap and widely available in most supermarkets. At least, one type is. Most people don’t realize there are actually two main types of this spice. Both of them are healthy, but one contains a toxin that is harmful if you eat too much of it. This article explains the differences between Ceylon and cassia cinnamon.

Cinnamon is a spice created from the inner bark of the Cinnamomum tree. Strips of the inner bark are dried until they curl into rolls known as cinnamon sticks or quills. These can then be ground into powder or made into an extract. The unique properties of this spice come from its essential oils and compounds, particularly cinnamaldehyde . This compound gives cinnamon its flavor and aroma, and is also responsible for many of its health benefits. 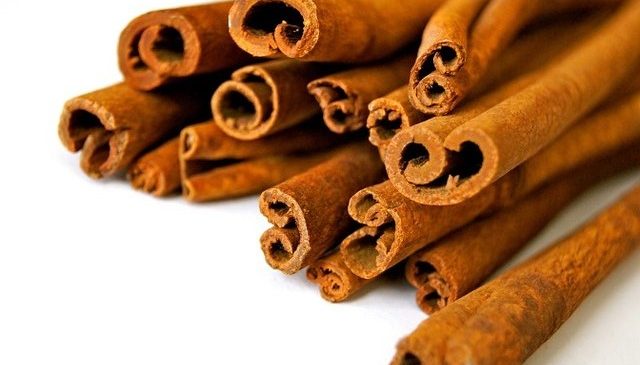 Cassia cinnamon comes from the Cinnamomum cassia tree, also called Cinnamomum aromaticum. It originated in Southern China and is also known as Chinese cinnamon. However, there are several subspecies now widely grown across Eastern and Southern Asia. Cassia tends to be a dark brown-red color with thicker sticks and a rougher texture than Ceylon cinnamon. Cassia cinnamon is considered lower quality. It is very cheap and is the type most commonly consumed around the world. Almost all cinnamon found in supermarkets is the cassia variety. Cassia has long been used in cooking and in traditional Chinese medicine. Roughly 95% of its oil is cinnamaldehyde, which gives cassia a very strong, spicy flavor. 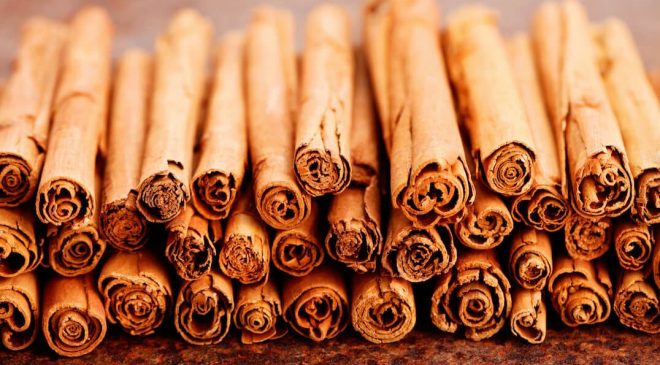 amon,” is native to Sri Lanka and southern parts of India. It’s made from the inner bark of the Cinnamomum verum tree. Ceylon is tan-brown in color and contains many tight sticks with soft layers. These features provide a highly desirable quality and texture. Ceylon cinnamon is less common and has long been prized as a cooking spice. It is quite expensive compared to the more common cassia variety. It’s described as having a delicate and mildly sweet flavor suitable for desserts. Approximately 50–63% of its essential oil is cinnamaldehyde, which is quite low compared to cassia. This explains its milder aroma and flavor.

Ceylon and Cassia Are Both Good for Diabetics

For generations, cinnamon has been prized for its health properties. In particular, it’s been claimed to benefit blood sugar control, which is important for people with diabetes. A review of 16 previous studies on diabetes treatment found promising results for Ceylon powder that was used as a supplement. Animal and lab studies show it may reduce blood sugar spikes, increase insulin sensitivity and improve metabolic markers associated with insulin resistance. Unfortunately, there aren’t any human studies to determine the effectiveness or optimal dosage of Ceylon cinnamon supplements. On the other hand, cassia has been used in several studies of humans with and without type 2 diabetes. Most of these observed significant reductions in fasting blood sugar levels within several months of use.

The standard dose of cassia was between 1–6 grams per day. It had minimal side effects, or none at all.

Which Has More Health Benefits?

Ceylon and cassia likely have slightly different health properties. This is because their essential oil ratios are somewhat different. However, the current published studies have not attempted to make this distinction. For example, several of cinnamon’s bioactive compounds appear to block a protein called tau from accumulating in the brain. This is important, as tau buildup is a characteristic of Alzheimer’s disease. However, this effect has been observed using both Ceylon and cassia cinnamon. Therefore, it’s unclear if one is superior to the other in this regard.

Overall, it’s not possible to say which one has more health benefits. However, Ceylon has far less potential to cause harm when consumed regularly.

Cassia Contains Coumarin, Which Can Be Toxic

Coumarin is a compound found naturally in several plant species. It can be harmful in large doses. In rodents, coumarin is known to cause kidney, liver and lung damage. It may even cause cancer. In humans, there are isolated incidents of similar effects. In fact, the Tolerable Daily Intake (TDI) of coumarin used to be 0.2 mg/lb (0.5 mg/kg) of body weight. It has now been reduced to 0.05 mg/lb (0.1 mg/kg).  Cassia cinnamon, but not Ceylon, is a very rich source of coumarin. Cassia contains approximately 1% coumarin, while Ceylon contains only 0.004%, or 250 times less. This is so low that it’s often undetectable. Exceeding the upper limit for coumarin is easily possible if you are consuming a lot of cassia cinnamon. In many cases, just 1-2 teaspoons could bring someone over the daily limit.

Therefore, if you regularly eat a lot of cinnamon or take a supplement that contains it, then it should be Ceylon and not cassia.